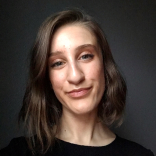 2021 Breast Cancer Awareness Month: Where to get Free Mammograms in Indianapolis

In 1973, the U.S. Supreme Court ruled that the Constitution of the United States protects a pregnant person’s fundamental right to choose whether or not to have an abortion. Not only did this strike down Texas’s then-abortion ban as unconstitutional, but it also made the procedure safe and legal—making Roe v. Wade an unforgettable landmark legal decision.

Fast forward 48 years, and Texas is still doing all it can to regulate our wombs. Then, on September 1, 2021, a divided Supreme Court neglected to block one of the nation’s most restrictive abortion laws to date, functionally overturning Roe v. Wade protections in Texas.

Though the Texas law is the first to be implemented and is deemed difficult to challenge in court, The Department of Justice (DOJ) has stepped in, suing the state for unconstitutionally preventing a person from exercising their right to choose.

So, what does this statute means for legalized abortion in Texas, and what are the ramifications for the rest of the U.S.? Let’s take a closer look.

Senate Bill 8 (S.B. 8) has effectively banned most abortions in Texas, as the law prohibits the procedure as early as six weeks into pregnancy—before many even realize they could be pregnant—when a “fetal heartbeat” is said to be detected. Moreover, the law makes no note of exceptions for sexual abuse, rape, or incest, just stating exceptions will be considered for “medical emergencies.”

As if this statute wasn’t already offbeat, it also has a concerning enforcement mechanism. S.B. 8 incentivizes ordinary citizens living in Texas to police abortions. According to the law, Texans can sue abortion providers or anyone suspected of “aiding and abetting” abortions after six weeks and will be rewarded $10,000 for successful lawsuits, plus have their legal fees reimbursed.

Supporters of the law say this will protect “unborn children” and have tried to argue that it will also protect mothers since pregnant people can not be sued under the statute. Targets of the suit seem to be doctors, nurses, even driving services like Uber and Lyft that may give rides to abortion clinics. The law not only strips pregnant people of their support systems, but it also takes away their access to safe procedural options.

Essentially, this Texas law makes nearly all abortions within the state illegal, as abortion rights advocates estimate that 85-90% of Texans needing an abortion are at least six weeks pregnant. This makes sense since gestation is determined from the last menstrual period, and the six-week mark equates to two weeks or less after a missed period. Realistically, this is a very small timeframe for someone to find out they’re pregnant and then successfully schedule an abortion before any instances of a “fetal heartbeat.”

And even though the law and its supporters have been promoting the phrase “fetal heartbeat,” this is not a documented medical term. It’s also widely criticized for being medically inaccurate, as an embryo at six weeks is not yet a fetus and does not contain a developed heart.

While Texans can still seek out-of-state abortions after the six-week cut-off, this isn’t always an accessible option for everyone. Not to mention, the implementation of this law will reduce access to reproductive care, disproportionately impacting people of color and those with low incomes. The fact remains that wealthy people will always be able to access safe and dignified care. It’s people with statistically fewer resources that will be hit the hardest by these racialized, classist bans, forcing many to carry pregnancies to term against their safety and better judgment.

Even more, since the S.B. 8 doesn’t give a great explanation as to what it declares a “medical emergency,” healthcare providers are left to decide whether a patient qualifies for an abortion, knowing they could be sued by anyone who disagrees with their decision.

As the law empowers individuals to enforce its abortion ban, there’s a growing concern about this statute making way for other state legislatures to sidestep the Constitution through the civil private citizen enforcement loophole. Not ideal—and pretty concerning when you think about how this law could serve as a model for other kinds of attacks on our constitutional rights.

Regardless of the constitutional concerns of S.B. 8, the way the law was written has made it difficult to know who abortion rights activists can sue over whether the statute is constitutional. This means that until someone sues a person who allegedly aided an abortion, it isn’t exactly clear who to file the injunction against.

One thing that remains crystal clear to seemingly everyone besides self-proclaimed “pro-lifers?” Banning abortions will not end abortions. It will only end safe abortions. It’s no secret that if someone can not access a safe, legal abortion, they may seek to abort their pregnancy through unsafe means, which could result in death.

In a country where so many children are experiencing abuse, malnourishment, abandonment, and homelessness, our collective focus should be on helping them out of these impossible situations instead of blocking a person’s right to choose whether or not they want to be a parent. Unborn babies don’t experience any type of distress—but forcing people to go through with unwanted pregnancies is a sure-fire way to perpetuate trauma and hardship.

Ultimately, it’s no one’s business why a person decides to get an abortion—it’s as simple as that. For now, we can only hope that the DOJ’s involvement will remind Texas that women have a constitutionally protected right to choose and that everyone deserves safe and legal access to abortion.

Get notified about exclusive offers every week!

2021 Breast Cancer Awareness Month: Where to get Free Mammograms in Indianapolis

You can toggle right click protection within Theme Options and customize this message as well.

You can also add shortcodes here.